END_OF_DOCUMENT_TOKEN_TO_BE_REPLACED

Left with great practical information to prepare and protect myself, and met some great folks at the same time.  I got 110% of what I was hoping for when I arrived. I loved the interaction with the members of the audience, and praise for those who have purchased a property in the last month. Speakers were experienced, relevant, and inspiring. As an investor with over 10 years’ experience in investing in real estate it was definitely worth my travel from Barrie.

Since I started coming to the DurhamREI meetings 8 years ago, my mind has expanded, and I think bigger. I have created wealth for myself, flexibility of time, and am easily able to spend time with my family. Durham REI is an exceptional source for learning about wealth creation through real estate.  And is an exceptional value.

Skeptical At First – Now 8 Years Later It’s Truly The Highlight of My Month!

I started coming to Durham REI meetings 8 years ago, and thought it was a good networking spot, but I wasn’t sure how much I would learn. It is truly the highlight of my month!  I get education, networking, and hearing speaker’s new ideas and thoughts. Last year, I bought 3 properties by December, as I had people at Durham REI meetings tell me a hadn’t bought in a while. I recommend attending DurhamREI meetings, all the time.

Tim Cordeiro www.norasnursery.com
A Lot of Our Relationships Came from Durham REI

Getting Started with REI Podcast

Why Do You Feel Like You Are Never Getting Ahead With Your Mutual Funds? 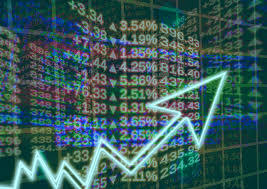 The financial services industry is huge and they have a multi-billion-dollar marketing machine behind them. I often find people accept what they are being told instead of trying to dig a little deeper and find out what is really going on behind the numbers and behind what is being said.

I want to expose one of the lies that most people are being told around average return.

Have you ever talked to a financial advisor and they told you that the stock market gets an average return of 8%?

Do you ever feel after a few years of investing with that advisor or in the stock market, you feel like you have barely got ahead?

Let’s use the following sequence as an example:

That’s right you end up with an average return of 8%,

but you only ended up with $8.90 more than when you started.

Most people try to calculate returns based on what has happened in the past, the problem is that the future is unknown.  And of course, every mutual fund prospectus states that past results don’t guarantee future preformance.

If you start investing in a bad year, it could take a decade for your $100 to recover, even at an 8% average return.

In fact, using this example, if you put your money in a high interest (2%) savings account you would have ended up with a higher cash on cash return and it would have been more secure.

Don’t listen to those people who are telling you to create a pile of money for retirement in 50 years, create streams of money and retire when you want to.

About the Author Quentin DSouza

Are You an Accreditted Investor?

Are You Ready For a Mentor?

Beware – Dangerous Leverage Can Cause Bankruptcy

What Makes a Property, A Good Investment?

Previous Post The Elimination of Private Rental Housing in Ontario: Financing (Part 1) Next Post Achieve Your Goals By Facing Your Fears Using These 7 Steps

The Three Roadblocks All Real Estate Investors Will Face